Research has long shown that lesbian, gay, and bisexual individuals use tobacco products at higher rates than their heterosexual peers, due, in part, to decades of tobacco industry efforts to target this population. New Truth Initiative® research identifies that this trend is worsening — and extends to e-cigarettes. Between 2020 and 2021, e-cigarette use rates rose at higher rates among lesbian, gay, and bisexual youth compared to heterosexual youth. These disparate increases in vaping threaten to widen the gap in nicotine addiction and physical and mental health concerns in a population already burdened by discrimination and stigma. 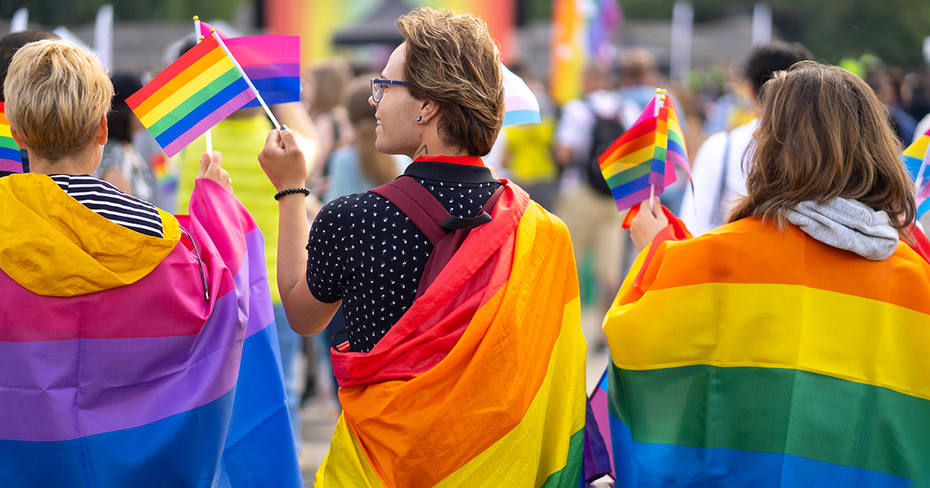 Between 2020 and 2021, e-cigarette use rates rose at higher rates among lesbian, gay, and bisexual youth compared to heterosexual youth.

E-CIGARETTE USE ACCELERATES AMONG LESBIAN, GAY, AND BISEXUAL YOUNG PEOPLE

Lesbian, gay, and bisexual youth and young adults use and try e-cigarettes at a higher rate than their heterosexual peers, according to an analysis of Truth Initiative surveys conducted in 2020 and 2021. The analysis uses data from the 2020 and 2021 Truth Longitudinal Cohort survey, a national cohort established in 2014 to evaluate truth®, one of the largest and most successful youth tobacco prevention campaigns in the United States. Because the survey asked about sexual orientation but not gender identity, results from this survey focus only on lesbian, gay, and bisexual individuals — referred to in this report as LGB. Truth Initiative aims to update future data collections to include transgender individuals. 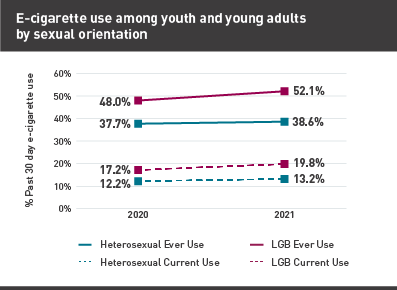 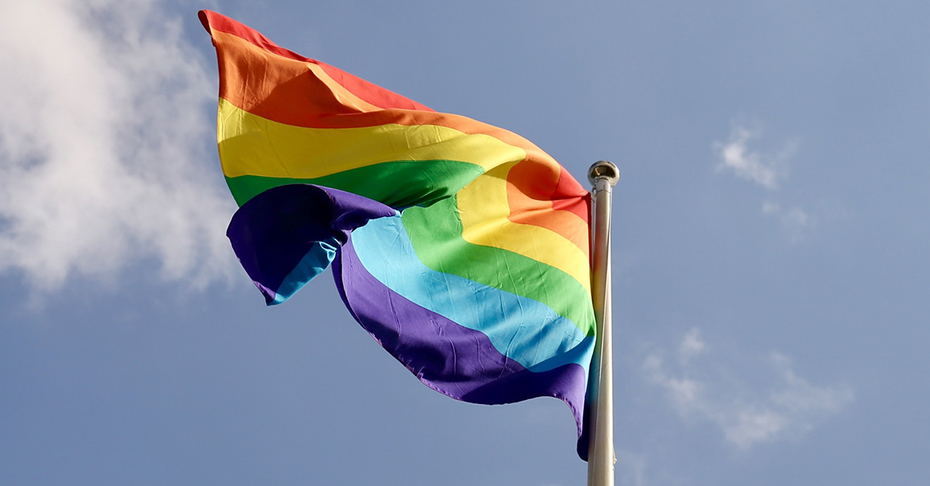 The tobacco industry has a well-documented history of targeting the LGBT community since the 1990s, including advertising in LGBT publications, using corporate philanthropy as “evidence” of its support of the LGBT community, and hosting community outreach efforts. In 1995, Tobacco giant R.J. Reynolds’ created “Project SCUM” (Sub-Culture Urban Marketing) to boost cigarette sales by targeting gay men and homeless individuals with advertisements and displays placed in communities and stores. Tactics continue to evolve, extending to corporate efforts to be named LGBT-friendly workplaces. For example, Reynolds American Inc. was designated a “Best Place to Work for LGBTQ Equality” by the Human Rights Campaign in 2020, despite its history of targeted marketing.

Now, e-cigarette companies continue to target the LGBT community by sponsoring events, including the e-cigarette company VaporFi’s sponsorship of an annual gay pride festival in Miami. As a result, LGBT adults have seen and heard more e-cigarette ads than non-LGBT adults, and there is evidence that this trend affects LGBT youth. Further research is needed to determine the effect of Big Tobacco’s marketing on LGBT e-cigarette use.

WHY ARE LGB VAPING RATES INCREASING FASTER THAN HETEROSEXUAL VAPING?

Sexual minorities have used tobacco at higher rates than their heterosexual counterparts for years. Past research has shown that lesbian, gay, and bisexual adults smoked cigarettes at rates significantly higher than straight adults and were nearly twice as likely to use e-cigarettes and little cigars as their straight peers. Widening disparities in LGB tobacco use rates may be intertwined with myriad issues facing this community, including sustained minority stress and deteriorating mental health exacerbated by the COVID-19 pandemic and an increasingly hostile political environment that has fueled increased violence, hate speech, and discriminatory legislation against the LGBT community.

Nicotine use and mental health

Nicotine use can worsen mental health symptoms, including feelings of anxiety and depression, but about half of young vapers who vaped frequently reported that they need to vape to cope with stress or anxiety. LGBT youth already face a mental health crisis largely linked to discrimination, bullying, and a lack of support from families and schools. Tobacco industry marketing tailored to the LGBT community taps into the mental health concerns of this vulnerable population by speaking to desire for acceptance by members of a marginalized population and a need to cope with the stress of discrimination. [See our report on “Colliding Crises: Youth Mental Health and Nicotine Use.”]

RECENT EVENTS HAVE DAMAGED MENTAL HEALTH AMONG THE LGB COMMUNITY

Lawmakers across the country introduced and passed a record number of anti-LGBT bills in 2021, warranting investigation into how these events may be affecting mental health outcomes among LGBT youth. A recent report from the Trevor Project identified that 66% of LGBTQ+ youth reported that the conversation around new policies negatively affected their mental health.

Additionally, the ongoing COVID-19 pandemic has disproportionately impacted youth. LGBT youth reported worse mental health outcomes attributable to the pandemic than non- LGBT youth, and reported feeling less connected to their families and less safe at home. LGBT youth populations often experience unsupportive home lives and, without the peer support experienced from their larger community, many youth had challenging lockdown periods during the early months of the pandemic. As a result of hostile home lives and traumatic lockdowns, LGBT youth experienced enhanced mental health consequences from the pandemic including elevated levels of depression, PTSD, and COVID-19 related worries and grief. Amid great stress, LGBT people are smoking and vaping to cope with COVID-19 related stress and anxiety. 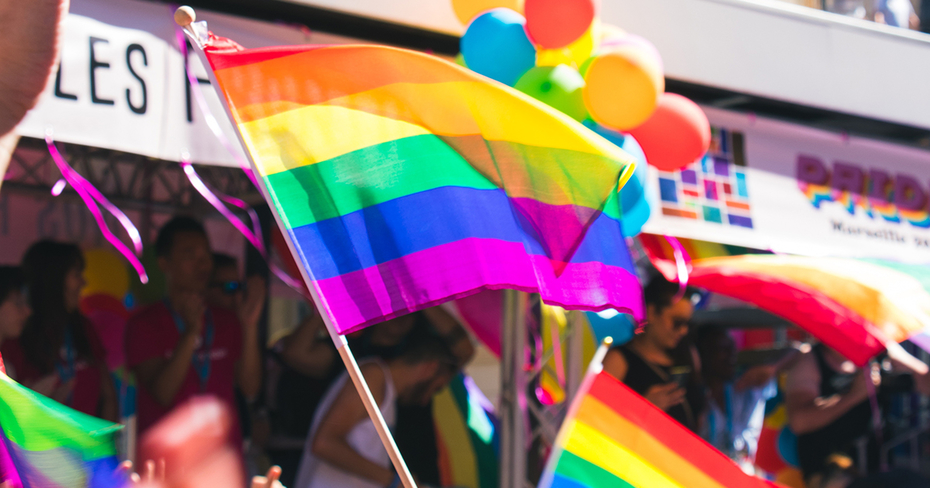 Researchers need to be able to accurately measure vaping rates in the LGBT community as a first step in tackling disparate vaping rates.

Recent findings point to a growing problem of sexual minority youth vaping at rates higher than their heterosexual counterparts, and call for targeted research, cessation programs, and policy interventions to reduce vaping use and initiation among youth.

Truth Initiative recommends the following to further the work in this field and reduce the increasing gap in e-cigarette use:

The tobacco industry has invested significant resources to promote tobacco use to gender and sexual minorities. An equally ambitious research agenda is needed to combat these efforts to ensure that a vulnerable community does not continue vaping at disproportionately high rates.

*Terminology in this document varies and is based on the studies cited. Truth Initiative recognizes that some of these terms are no longer preferred in the LGBT community.

Tobacco use in LGBT communities