What do the U.S. states with the highest smoking rates have in common? 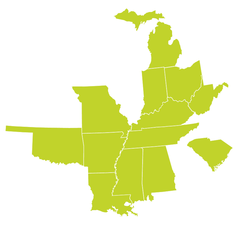 Tobacco use remains the leading cause of preventable death and disease in the U.S., even as the overall smoking rate has decreased to an all-time low. As if that weren’t bad enough, consider this: for many states, the situation is much worse.

A huge swath of the U.S. has been left behind due to systemic disparities and tobacco industry interference. Many states continue to have smoking rates that exceed not only the national average, but that of many countries with the highest smoking rates in the world.

In a follow-up to that report, released today, we found that 13 states have consistently ranked in the top 25% of U.S. adult smoking rates since 2011. In addition to the 12 states from the 2017 report, South Carolina joined the ranks of Tobacco Nation.

These states share not only higher tobacco use, but a similar set of challenges. Here are some of the similarities seen across Tobacco Nation. (To explore more, see our interactive map with detailed, county-level smoking, demographic and policy data.)

Tobacco Nation residents are less well-off financially than those in the rest of the U.S., and consequently spend a higher percentage of their disposable income on tobacco.

Individuals living in Tobacco Nation earn nearly 25% less per year (the median household income is $48,708) than the typical resident within the rest of the U.S. ($60,990). In addition, 17% of its population lives below the poverty line of $24,600 per year for a family of four.

Tobacco Nation shows that the tobacco epidemic disproportionately burdens those least financially able to afford it — a valuable consumer base for tobacco companies. The tobacco industry has a history of targeting those with lower incomes, combating tobacco tax increases and investing enormous financial resources into strategies to keep prices low, including coupons and discounts.

Tobacco Nation residents report more than 20% more “poor” physical and mental health days than the average American. While the U.S. has notably fallen short in providing timely and accessible health care when compared with other high-income countries, Tobacco Nation is in an even more dire situation.

Poor access to primary care is associated with delayed diagnoses, inadequate prevention and management of chronic diseases, noncompliance with treatment, inefficient use of drugs and technologies and problems with safety.

Tobacco laws in the United States

Research shows that protections such as smoke-free laws, higher tobacco taxes, and laws that raise the legal age to purchase tobacco products to 21 all help drive down the smoking rate and keep young people from starting to smoke.

Tobacco industry opposition suppresses the adoption of tobacco control policies. For example, Altria (the maker of #1 brand Marlboro) and British American Tobacco, which acquired Reynolds American, Inc. in 2017 (the maker of #2 brand Newport) continue to aggressively oppose policies, legislation and regulations that are proven to decrease cigarette demand, such as higher taxes, flavor bans, graphic warning labels and clean indoor air laws. More specifically, in 2018, Altria spent nearly $380,000 lobbying the Kentucky legislature to pass a paltry 50-cent cigarette tax increase — significantly lower than tobacco control advocates had been seeking. The result: cigarettes remain cheaper in Kentucky than in 34 other states.

A 2018 Truth Initiative study of support for tobacco control policies found that residents of Tobacco Nation supported policies at almost exactly the same level as their other American counterparts. This finding demonstrates that disparities are not the result of a lack of public will but rather the result of systemic disparities and tobacco industry influence that make it difficult for the residents of Tobacco Nation to get the protections more readily available elsewhere in the U.S.

See how your state compares to Tobacco Nation

More in smoking by region 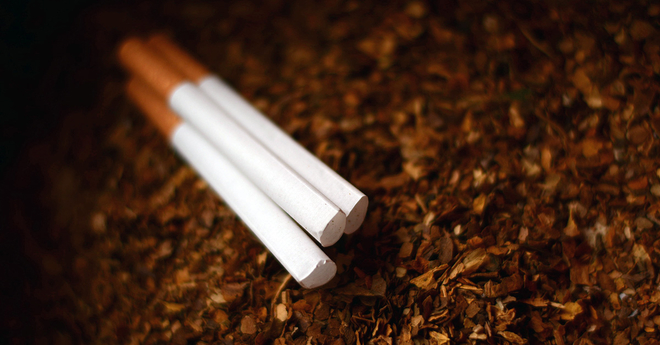 Tobacco use in West Virginia 2021