Data released Tuesday by the Centers for Disease Control and Prevention indicated that 7 in 10 students in middle school and high school said they were exposed to advertisements for e-cigarettes in 2014. More than half of the respondents reported seeing ads in retail stores, and 39.8 percent reported seeing ads online.

In the November 2015 Vaporized study, Truth Initiative found that even more youth between the ages of 12 and 17 — 82 percent — reported seeing an e-cigarette ad in 2015.

“It’s no accident that spending on e-cigarette marketing has increased by more than 50 percent and that a majority of youth have seen these ads,” said Robin Koval, CEO and President of Truth Initiative when the November report was released.

Koval will lay out the current landscape for e-cigarette advertising on a January 12 conference call with public health practitioners convened by CDC.

In October, the Federal Trade Commission initiated a process to review marketing practices in the e-cigarette industry.

The jump in exposure to e-cigarette advertising comes as more teenagers report using e-cigarettes than traditional cigarettes, according to the annual Monitoring the Future report. More than half of all teens who reported using an e-cigarette said they did so out of curiosity, and 40 percent of teens who used e-cigarettes said they used them because they taste good.

68.9 percent of middle school and high school students in the CDC’s 2014 National Youth Tobacco Survey reported being exposed to an e-cigarette ad. 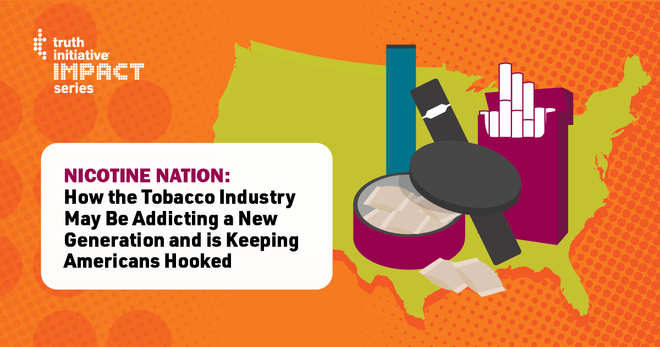