Young people who use e-cigarettes are more likely to progress to smoking cigarettes and increase both e-cigarette and cigarette use over time, according to a study by the research organization RAND Corporation.

The study, published in Nicotine & Tobacco Research, used data from a group of 16- to 20- year-olds in California to examine patterns of e-cigarette and cigarette use as they transitioned into young adulthood. More than 2,000 young people completed three surveys over a three-year period from 2015 to 2017. Researchers found “significant, reciprocal associations between [e-cigarette] and cigarette use.”

The findings add to previous research that suggests “e-cigarette use increases subsequent cigarette use in young people,” as the study put it. A 2018 National Academies of Sciences, Engineering, and Medicine reportconcluded that there is “substantial evidence that e-cigarette use increases risk of ever using combustible tobacco cigarettes among youth and young adults.” A study by the University of Pittsburgh Schools of the Health Sciences found that young adults who use e-cigarettes are more than four times as likely to begin smoking tobacco cigarettes within 18 months as their peers who do not vape.

The Food and Drug Administration recently announced that youth e-cigarette use has reached “epidemic proportions,” which is reigniting concerns not only about future combustible tobacco use, but also nicotine addiction in youth. Early nicotine addiction can harm brain development and alter nerve cell functioning. Nicotine may also alter brain chemistry in ways that make adolescent brains more susceptible to other addictive drugs. The earlier someone is exposed to nicotine in adolescence, the harder it is to quit.

“Progression toward more frequent use of [e-cigarettes] and cigarettes over time could increase total nicotine consumption and risk of nicotine dependence and associated harms as adolescents transition into young adulthood,” researchers wrote. “Thus, efforts to prevent and reduce [e-cigarette] use among young people (e.g., through informational campaigns, enacting and enforcing policies to limit youth access to [e-cigarettes]) may help to reduce use of more harmful tobacco products.” 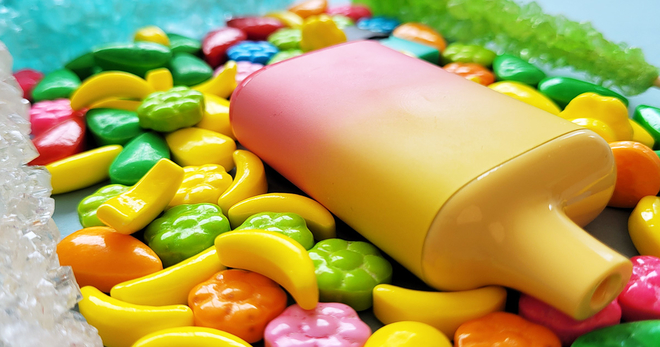