The Food and Drug Administration has taken only tentative steps to remove some youth-appealing products and flavors. In the absence of comprehensive federal regulation, many flavored e-cigarettes remain on the market and sales data indicate that young people simply switch to products that are still available. Meanwhile, evidence is mounting that links e-cigarette use among young people with subsequent cigarette use. A 2020 Truth Initiative study shows that young Americans who had ever used e-cigarettes had seven times higher odds of becoming smokers one year later compared with those who had never vaped.

Despite the tobacco industry’s insistence to regulators that e-cigarettes are intended for and marketed to adult smokers, the data show that youth and young adults continue to vape at the highest rates. While youth use of e-cigarettes reached 20.8% in 2018, the National Health Interview Survey found in the same year that only 3.2% of adults use e-cigarettes – much of that driven by young adults, who use at 7.6%. A recent Truth Initiative study also found that very few adult smokers are using e-cigarettes to try to quit. Among adult smokers who tried to quit in the last year, just 1.1% used JUUL alone and only 5.6% used other e-cigarettes alone. The study found that among former smokers who had quit in the past four years, just 2.2% reported using only JUUL and 6.9% used other e-cigarettes. While some adults have used e-cigarettes to switch completely from combustible cigarettes, the FDA has not approved any e-cigarette as a cessation intervention, and nearly half of adults who use e-cigarettes also use cigarettes. This “dual use” provides no reduction in the harms associated with smoking. 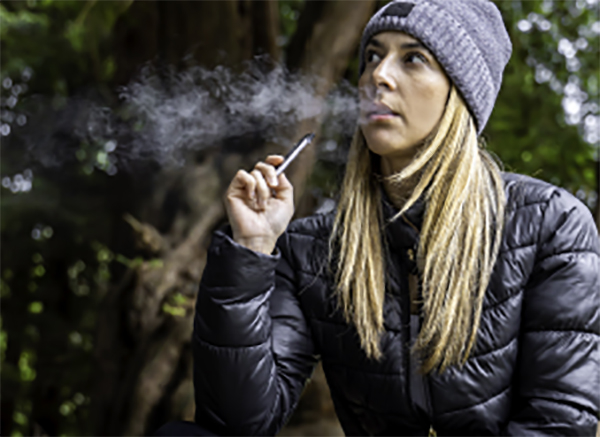 Young Americans who had ever used e-cigarettes had seven times higher odds of becoming smokers one year later compared with those who had never vaped.

In an era when brand names of e-cigarettes have become verbs (e.g. “JUULing”), much work remains for federal, state and local governments to establish comprehensive policies to protect youth from highly addictive nicotine-containing products like e-cigarettes. Immediate action is needed, including removing all non-tobacco flavors from the market, ensuring a thorough and transparent FDA review of all products, and placing restrictions on e-cigarette marketing, among other regulatory measures that will help protect youth from a lifetime of nicotine addiction.

11 Years of Delays: A Brief Regulatory History of E-cigarettes

The 2009 Tobacco Control Act gave FDA the necessary tools to reduce society’s toll from tobacco, including e-cigarettes. However, the agency has repeatedly failed to use its powers to slow – or even prevent – the youth e-cigarette epidemic. Indeed, until very recently, e-cigarette manufacturers enjoyed a market with few barriers.

While Congress expressly gave FDA the responsibility to regulate tobacco products in 2009, repeated regulatory delays gave e-cigarette manufacturers 11 years to operate with minimal federal oversight. First, FDA took seven years to officially bring e-cigarettes under its jurisdiction following the passage of the Tobacco Control Act in 2009. During that time, there were no federal regulations on e-cigarettes. In 2016, when FDA finally “deemed” e-cigarettes as part of its jurisdiction, it gave e-cigarettes that were currently on the market two years to prepare premarket applications (known as PMTAs). FDA requires these applications to determine whether new tobacco products are “appropriate for the protection of public health” before they are allowed on the market.

The deadline for e-cigarette pre-market applications faced four additional years of delays. In 2017, FDA extended the deadline for completed applications to August 2022. When several public health groups, including Truth Initiative, sued FDA, a federal court ordered the agency to require applications be submitted by May 2020. The deadline changed again to September 9, 2020, following FDA and tobacco industry requests for more time due to the COVID-19 pandemic.

At long last, after finally facing a deadline for e-cigarette manufacturers to submit applications, FDA has begun reviewing thousands of applications to determine if those products meet the public health standard set by the Tobacco Control Act. While the agency is supposed to conduct its review of those products in one year, FDA’s Center for Tobacco Products director has admitted “the likelihood of FDA reviewing all of these applications during the one-year review period is low,” foreshadowing yet more delays in necessary and urgent regulatory action.

The policy simply moved young consumers from one product to another. It is clear that without a full removal of all flavored products from the market, reversing the youth e-cigarette epidemic will be stymied. 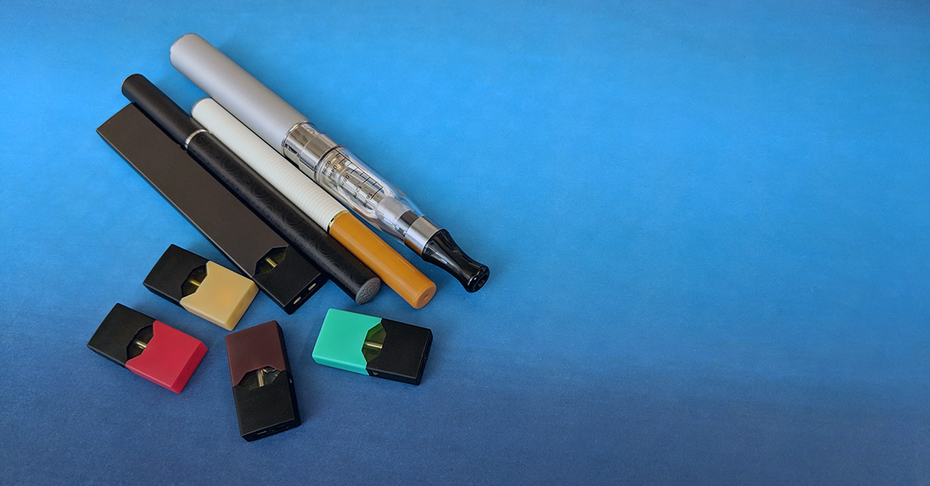 FDA must act to remove all non-tobacco flavored e-cigarettes, including menthol flavors, from the market.

After many years of delays (see sidebar: “A Brief Regulatory History of E-cigarettes”), e-cigarette manufacturers faced a deadline of September 9, 2020 to submit pre-market applications to FDA. The agency is now reviewing applications to determine whether the products can remain on the market. Only certain products that were on the market prior to August 2016 (before FDA had jurisdiction over e-cigarettes) will be allowed to stay on the market for an additional year while FDA reviews these applications. All other products for which companies did not submit PMTAs are now on the market illegally and must be removed immediately.

FDA needs to be transparent about both the review process and its enforcement of the regulations against those products and companies who are operating outside of the existing regulatory structure. Specifically, FDA should release on a regular and timely basis a list of those manufacturers who have filed PMTA applications including the names of products submitted, status of their acceptance by FDA, and other information to keep the public informed about this critical review process. Without such information, consumers, parents, retailers, lawmakers and the public health community have no way of knowing which products are even attempting to follow the regulatory process and no way of holding FDA accountable for doing its job.

Product review is only the first step. FDA’s actions cannot and should not stop with the pre-market review process.

RESTRICT E-CIGARETTE MARKETING TO ENSURE IT IS AIMED AT ADULTS

The marketing tactics of the tobacco industry have played a significant role in attracting youth to e-cigarettes. The products, which come in a wide variety of fruit, candy and alcohol flavors that appeal to young people, are advertised with themes that the tobacco industry has successfully used to attract youth for decades. The industry has also employed a variety of paid media efforts, such as extensive social media and experiential event campaigns featuring young influencers, to attract youth.

FDA has indicated that it will impose restrictions on social media marketing and encourage e-cigarette advertising to be aimed at adults. We urge FDA to move forward with imposing those restrictions expeditiously for all e-cigarettes so that the restriction is already in place prior to any product being authorized for sale in the U.S.

The need for this action is clear as there are numerous examples of e-cigarettes that are advertised and packaged in a manner that is clearly youth-appealing. FDA has taken action against some of the most blatant products, but this has been a piecemeal, reactive approach. For example, in July 2020, FDA sent warning letters to seven manufacturers ordering them to remove their flavored disposable e-cigarettes from the market because their marketing was targeted to youth or likely to promote use by youth. Egregious marketing examples cited in the letters included using cartoon images or imitating food products that appeal to children, such as churros or other baked goods; popcorn and Cracker Jack ; or breakfast cereals.

These sporadic actions have not resulted in the removal of the myriad products that clearly target youth. For example, despite its warning letter to the makers of Puff Bars, as well as that company’s announcement that it would cease doing business in the U.S., sales data through October 2020 continue to show substantial sales for the brand in monitored retail channels.

FDA must exert its considerable enforcement authority to protect youth and young adults from all nicotine containing products before they enter the market, and ensure swift and fulsome follow through in enforcement for those that flagrantly disregard the rules. 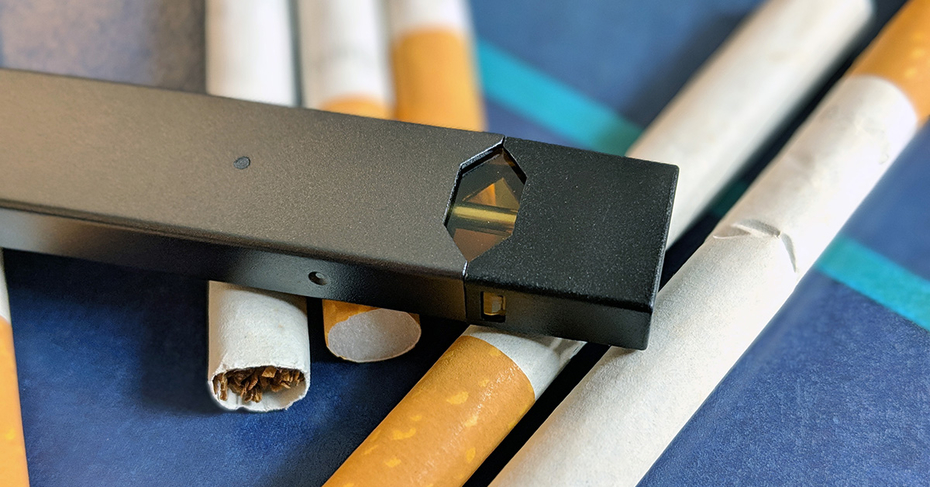 The marketing tactics of the tobacco industry have played a significant role in attracting youth to e-cigarettes. 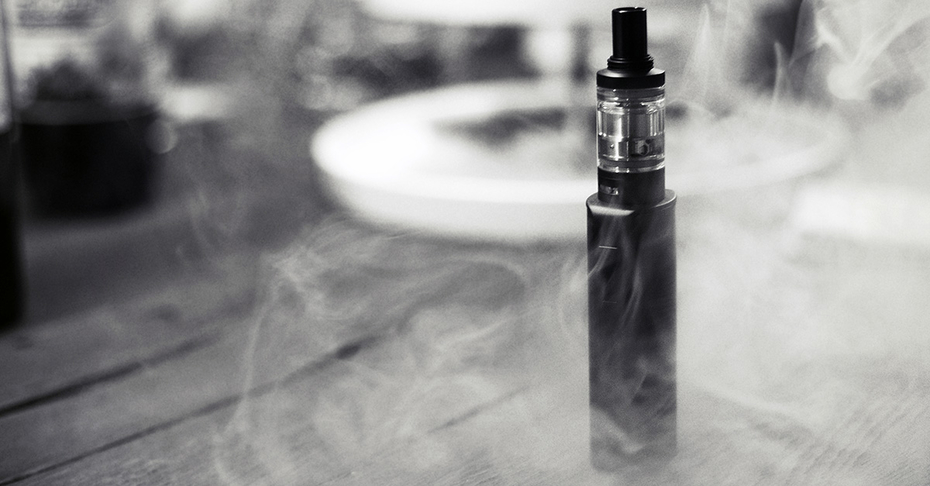 Tobacco 21 policies must be accompanied by complementary and strong policies.

States and local communities are often the incubators of strong tobacco control policies and they have an important role to play in protecting youth from e-cigarettes. Some examples include: 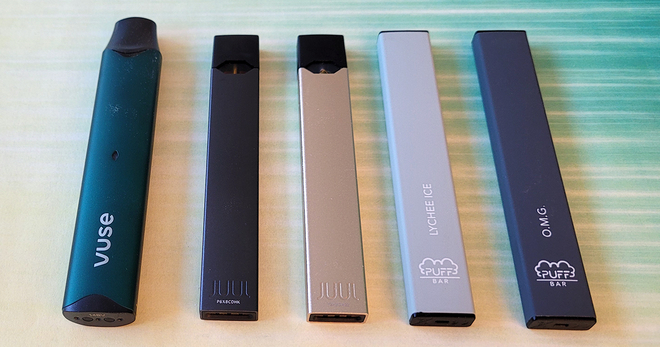