Out with tobacco/cigarettes and in with apples: How teamwork can create healthier stores

As retailers who sell tobacco face a declining cigarette market, advocates for tobacco control, nutrition, and physical activity have an opportunity to collaborate and turn those stores into healthy-eating and active-living marketplaces.

Those are the findings from new research published in Preventing Chronic Disease and coauthored by Shyanika Rose, a research investigator at Schroeder Institute® for Tobacco Research and Policy Studies at Truth Initiative.

As part of its push to increase consumption of fruits and vegetables in underserved communities, The Centers for Disease Control and Prevention has emphasized access at retail outlets. A move away from cigarettes could provide an opportunity.

“Tobacco retail outlets have the potential to become a major venue for community intervention. The ‘Healthy Stores’ movement is already actively working with convenience stores, most of which sell tobacco products,” the researchers concluded.

“Much of the work at the point-of-sale is being conducted in isolation by advocates for tobacco control, improved nutrition, and increased physical activity. Interdisciplinary efforts are needed to simultaneously reduce the dependence of tobacco retailers on a deadly and declining product category and to increase their focus on selling and promoting healthful foods and creating environments conducive to active living,” they added.

According to the researchers, healthy store programs might be more successful if community members participate in the transition. Kurt Ribisi, a professor at the University of North Carolina Department of Health Behavior, served as lead author.

“We have an opportunity to make sure that tobacco is not replaced by junk food and sugary beverages and build community support for healthy food options, including fruits and vegetables.” Rose said. “Evidence shows that consumers will buy it.”

Cigarette manufacturers spent 92.1% of their $9.17 billion in marketing and promotional expenditures exclusively or predominantly at retail stores in 2012. 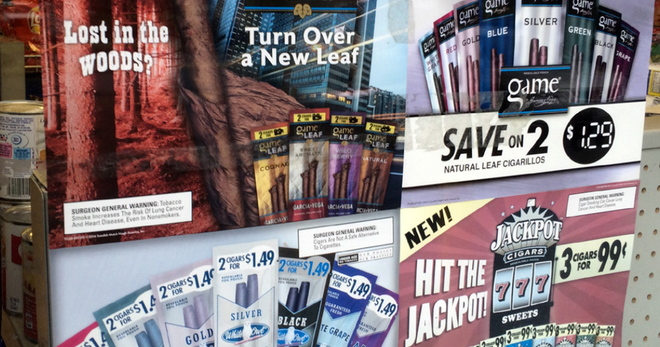