JUUL sales increase more than 600% in a year, underscoring popularity among teens

JUUL e-cigarette sales increased 641 percent during just one year, from 2.2 million devices sold in 2016 to 16.2 million devices sold in 2017, according to a research letter by the Centers for Disease Control and Prevention published in JAMA. The CDC calls skyrocketing sales of JUUL a "danger to youth" and says its popularity among young people “threatens our progress in reducing youth e-cigarette use.”

The CDC analyzed e-cigarette sales from retail stores in the U.S. during 2013 to 2017, including from convenience, club and discount/dollar stores, mass merchandisers, supermarkets, pharmacies and military commissaries. The study assessed the five top-selling manufactures: Japan Tobacco, British American Tobacco, JUUL Laboratories, Altria and Imperial Tobacco, among others.

The data show that, by December 2017, JUUL sold 3.2 million devices monthly and comprised nearly 1 in 3 (29 percent) e-cigarette sales nationally. Since the analysis did not include e-cigarette sales from the internet and vape shops, “sales may be underestimated,” the CDC notes, adding that “many of the sales likely reflect products obtained directly or indirectly by youth.”

By law, people under the age of 18 (or 21 in some areas) should not be able to purchase any tobacco products, including JUUL. However, the most common way youth get JUUL is through a physical retail location, according to Truth Initiative®, which surveyed more than 1,000 12- to 17-year-olds who had used JUUL in the past 30 days in April 2018. The results found that 74 percent of youth said that they obtained JUUL at a store or retail outlet and 52 percent reported that they received JUUL from a social source, such as a friend or family member.

The popularity of JUUL among youth has helped the product account for 73 percent of e-cigarette sales in the U.S., as of September 2018. Many are attributing the product’s rise to its sleek design that could be mistaken for a flash drive — which makes it easy to disguise and use discreetly — and availability of youth-appealing flavors.

E-cigarette use has increased overall in the past several years, especially among youth and young adults, who use the products more than any other age group. Now, e-cigarettes are the most popular tobacco product among youth. According to the Food and Drug Administration, more than 2 million middle and high school students used e-cigarettes in 2017.

E-cigarettes, like JUUL and the many similar products and copycats, are putting a new generation of young people at risk of nicotine addiction. To address what the FDA called an “epidemic of youth e-cigarette use,” the agency recently asked five major e-cigarette manufacturers — including JUUL — to submit plans to address youth e-cigarette use within 60 days, launched a new campaign aimed at educating teens on the dangers of e-cigarettes and seized 1,000 pages of documents related to JUUL’s sales and marketing practices from the company’s San Francisco headquarters.

The problems with products like JUUL, however, won’t be addressed until the FDA fully regulates e-cigarettes and establishes a strong premarket review process to prevent these kinds of products from being sold in the first place. Truth Initiative has repeatedly called on the FDA to fully regulate e-cigarettes to reduce youth appeal, access and use, and filed a federal lawsuit challenging the agency's decision to delay fully regulating e-cigarettes until 2022 — a full five years past the original deadline, and six years since the FDA finalized a rule to have regulatory authority over all tobacco products. 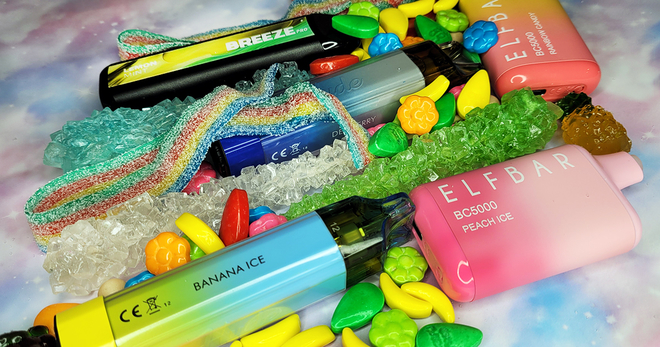